First Check Out the Trailer!!!

In this fast paced society, it is nice that Disney is producing shows filled with laughable moments and great messages that facilitate discussions between parents and children.

One such show is Girl Meets World, which is set to air June 27, 2014. My daughter and I had the opportunity to attend a live taping on May 15, 2014. And let me tell you….Boy Meets World fans this is a great spin off from the original series with Cory (Ben Savage) & Topanga (Danielle Fishel). Now, Cory and Topanga are all grown up and they experience the joy of parenting as their daughter, Riley (Rowan Blanchard), seeks to define her identity. There are lessons to be learned along the way as Riley begins to discover the meaning of friendship, loyalty, and being true to oneself.  And hey kids—there are even some teachable moments for parents as Cory has over-the-top reactions to his daughter’s quest to grow up—um, reflection time.

My daughter loved being part of the live studio audience. Although, she wasn’t familiar with Boy Meets World, she loved this show and is looking forward to watching the series. In her words, “The experience was awesome. I loved learning about what happens behind the scenes. I really liked Robert and the DJ, they made it fun. I just can’t wait to see Girl Meets World on TV!”


So if my daughter likes it, I must say that this series definitely appears promising. Now, if you are curious and want to get a sneak peak at the premiere, it’s available now on the WATCH Disney app. 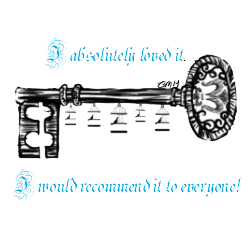 War between heaven and hell is coming, but Dante Walker makes it look damn good.
Dante’s girlfriend, Charlie, is fated to save the world. And Aspen, the girl who feels like a sister, is an ordained soldier. In order to help both fulfill their destiny and win the war, Dante must complete liberator training at the Hive, rescue Aspen from hell, and uncover a message hidden on an ancient scroll. Read More Here

All good things must come to an end and the same can be said for the Collector Series, which is coming to an end with the final installment, The Warrior. Dante Walker is back again with his usual wit and charm, and the compassion that’s always present for his girlfriend, Charlie. As far as finals in a trilogy go, The Warrior is one of my favorites. It was full of action, sadness, loss, and happiness with an outcome that left me nearly breathless.

The Warrior basically picks up where The Liberator left off, as the final battle between the sides is drawing near. I thoroughly enjoyed the interactions between the characters and the developing—and the few—dissolving relationships that happened throughout the book. I also liked seeing Dante Walker change so much. His development as a character was awesome, and Charlie was right along with him. Everyone changed a little bit, it just depended on if that change was good or bad, and I liked not knowing who was to be trusted and who wasn’t—it just made the book that much better. The other secondary characters were great as always, with each one having a different story to tell, which contributed nicely to the overall execution of the book.

As far as the overall plot I have to say that I love it when I think a series has shown its all, but then turns right around and still has a few surprises left lurking around. With The Warrior, I thought I had just about everything figured out—I thought I knew who was who and what side they were on—but nope. The twists and turns were marvelous and kept me reading till the very end. All in all The Warrior was a fantastic finish to an already delightful series. While I am sad that The Collector Trilogy is over at the very least I have Salt & Stone to look forward to.

This ARC was provided by the publisher (Entangled Teen) in exchange for an honest review, thank you!