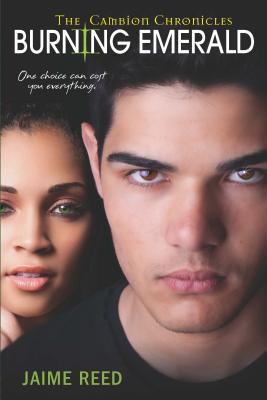 Dating the most popular guy in school is every girl's fantasy. But to Samara Marshall, he's a dangerous force come to rekindle their tangled past. Only it's not her past. Samara faces a challenging senior year. Controlling her inner demon is a struggle, even with help from her Cambion boyfriend, Caleb. But her life takes a turn for the worse when the hottest jock in school begins pursuing her--especially since Malik's anything but what he seems. They share a connection from a forgotten past--a secret that could destroy her and Caleb. As the attraction becomes harder to resist, Samara is now at the mercy of the demon within her. To break free, Sam must fight a battle where she is the enemy and the prize. . .and victory will come at a deadly price...

"Halloween with the gang was no casual affair and we took our sugar raid to almost militant proportions. Back in the day, Mia, Dougie, and I had been the original A-Team, laying waste to the entire junk food industry one block at a time, leaving devastation and candy wrappers in our wake."--Burning Emerald by Jamie Reed

Comments: The Cambion Chronicles is one of my favorite paranormal series. I had book one and three, but I never got around to the second in the series, until now. What are you reading this week?