The Friday 56 (87) Now with Book Beginnings: The Twistrose Key by Tone Almhjell 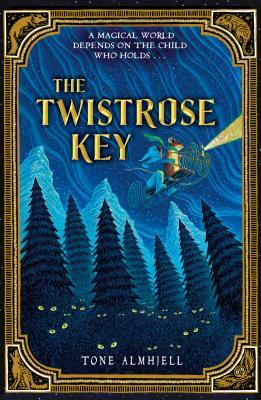 Something is wrong in the house Lin's family rented. The clocks tick too slowly. Frost covers the flowerbed, even in a rain storm. And when a secret key marked "Twistrose" arrives for her, Lin finds in a crack in the cellar and unlocks a gate to the world of Sylver. This frozen realm is the home of every dead animal who ever loved a child. Lin is overjoyed to be reunited with Rufus, the pet she buried under the rosebush. But together they must find the missing Winter Prince in order to save Sylver from destruction…and they’re not the only ones hunting for the Prince...

Beginning: "The grave that Lin had made for her friend  could not be touched by the wind. Above, the dripping rose-bush flailed, scratching its thorns at the wall. But the whittled cross of twigs and string did not so much as shiver. Instead a lick of rime had crept up to cover the wood with white. Late, Lin Rosenquist would remember this as a sign, the first."

56: "When the last hope is lost, a Twistrose is called.

She tilted her head. The dark colors of the background bled into one another, and she had missed it at first. But now she saw that the wall had tumbled in the middle, so a hole opened into the unknown shadows. On the edge stood a girl with her back turned, with tangled hair and a scruffy-looking sweater."--The Twistrose Key by Tone Almhjell

Comments: I'm so glad that I picked up The Twistrose Key. I really enjoyed the story and the characters. I've also joined Book Beginnings this week. I just haven't had a chance to update the header yet.

Email ThisBlogThis!Share to TwitterShare to FacebookShare to Pinterest
Labels: The Friday 56, The Twistrose Key, Tone Almhjell