Movie, Book, or Both: Pacific Rim

So there's an occasional thing we like to do on Our Thoughts Precisely.  We'll go see a movie and then read the book after to see if there are any differnces, if it's more detailed, and whatnot.  All to see if we like the Movie, the Book, or Both.  This time around after reviewing Pacific Rim (the movie), and you can find the review HERE, I decided to give the novel version a try.  Read on to see what I thought about it.

Title:Pacific Rim: The Official Movie Novelization (Click title for Synopsis)
From Director: Guillermo Del Toro
Story by: Travis Beacham
Screenplay by Travis Beacham & Guillermo Del Toro
Novelization by Alex Irvine
Source/ Format: Purchased, Mass market paperback
Publisher/ Publication Date: Titan Books, July 16, 2013
My thoughts:
So you know, some time ago I reviewed Pacific Rim, well in recent times I read the novel adaption for it.  I liked the movie and it shouldn’t come as a big surprise that I enjoyed the novelization as well.  I feel like it goes into all the details that you miss when seeing the movie—there were more explanations to certain situations, and I have to say that I liked the answers I got.  Everything from how the first neural handshake between two pilots happened, to more about the characters themselves, as well as the effects that Drifting and piloting a Jaeger had on a person.  Such as the Drift Hangover, I found the theories about it fascinating that there was more to the Drift than what they originally thought.  Not only that, but we learned more about the Kaiju, and just what Newt’s drift with the piece of the brain had really done.  This book was fantastic, and I saw Pacific Rim from a whole new angle.  Oh, and don’t even get me started on the characters.  It’s one thing to watch the movie and see the characters as they experiencing these events.  But it’s another to actually be in their head and seeing all of the stuff left unsaid.  So in this case, I have to say that I enjoyed both the movie and the book about equally.  If you saw Pacific Rim and loved it, I definitely recommend reading the official novelization. 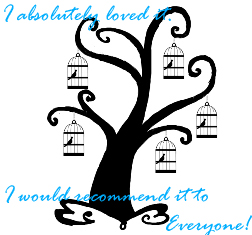