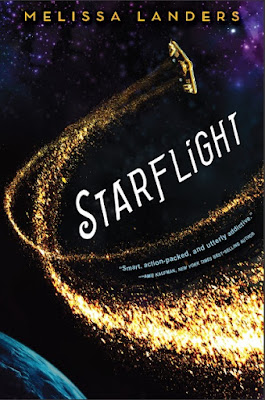 Life in the outer realm is a lawless, dirty, hard existence, and Solara Brooks is hungry for it. Just out of the orphanage, she needs a fresh start in a place where nobody cares about the engine grease beneath her fingernails or the felony tattoos across her knuckles. She's so desperate to reach the realm that she's willing to indenture herself to Doran Spaulding, the rich and popular quarterback who made her life miserable all through high school, in exchange for passage aboard the spaceliner Zenith.

When a twist of fate lands them instead on the Banshee, a vessel of dubious repute, Doran learns he's been framed on Earth for conspiracy. As he pursues a set of mysterious coordinates rumored to hold the key to clearing his name, he and Solara must get past their enmity to work together and evade those out for their arrest. Life on the Banshee may be tumultuous, but as Solara and Doran are forced to question everything they once believed about their world—and each other—the ship becomes home, and the eccentric crew family. But what Solara and Doran discover on the mysterious Planet X has the power to not only alter their lives, but the existence of everyone in the universe... 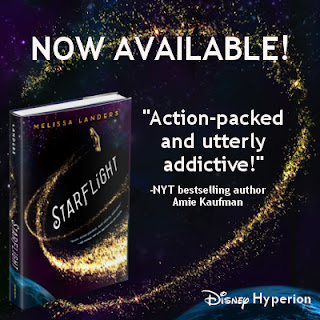 A note from the author...

Hey there, booklovers! I’m author Melissa Landers, and I’m thrilled to announce the release of STARFLIGHT, the first in a brand new sci-fi series from Disney-Hyperion. I originally pitched this story to my editor as “Overboard” (one of my favorite romantic comedies) meets “Firefly” (an amazing show that was tragically cancelled after one season). STARFLIGHT follows the misadventures of Solara Brooks, a penniless felon who indentures herself to her high school nemesis, Doran Spaulding, in exchange for passage to a new world. But when Doran’s memory is temporarily erased, Solara convinces him their roles are reversed—that she’s the master and he’s the servant—and leads him onto a renegade spaceship, where intergalactic shenanigans ensue. STARFLIGHT is very different in tone from the Alienated trilogy, but the story is still filled with all the things I love: humor, heart, and adventure...

What do reviewers have to say?

“Teens will be bracing themselves during the swashbuckling action scenes. A great choice for fans of raw sci-fi action, reminiscent of the lawlessness presented in the television series Firefly.” –School Library Journal

To celebrate Starflight's release, Melissa Landers is offering one lucky winner a STARFLIGHT swag pack, complete with custom nail wraps, bookmarks, and a mini poster! This giveaway is open internationally. Due to sweepstakes laws, entrants must be 18 years or older to participate. Best of luck, and happy reading! 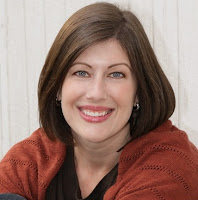 Melissa Landers is a former teacher who left the classroom to pursue other worlds. A proud sci-fi geek, she isn’t afraid to wear her Princess Leia costume in public—just ask her husband and three kids. She lives outside Cincinnati in the small town of Loveland, “Sweetheart of Ohio.” For more information or just to say hello, visit www.melissa-landers.com.
Posted by Breana M. at 12:21 AM