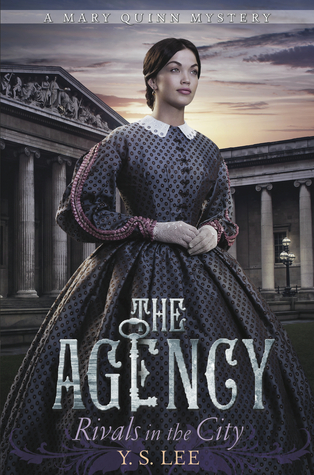 In a tale steeped in action, romance, and the gaslit intrigue of Victorian London, Mary Quinn’s detective skills are pitted against a cunning and desperate opponent...

Mary Quinn has a lot on her mind. James Easton, her longtime love interest, wants to marry her; but despite her feelings, independent-minded Mary hesitates. Meanwhile, the Agency has asked Mary to take on a dangerous case: convicted fraudster Henry Thorold is dying in prison, and Mary must watch for the return of his estranged wife, an accomplished criminal herself who has a potentially deadly grudge against James. Finally, a Chinese prizefighter has arrived in town, and Mary can’t shake a feeling that he is somehow familiar. With the stakes higher than ever, can Mary balance family secrets, conflicting loyalties, and professional expertise to bring a criminal to justice and find her own happiness?

Beginning:"It was a miserable day for a walk: sleety, frigid, dark. Nevertheless, Mary Quinn and James Easton, Private Detectives, were out for a ramble about Bloomsbury, bundled against the penetrating drizzle, straining to distinguish people from lampposts in the dense fog that swamped the streets."

56:"James refrained from rolling his eyes, and unfolded the letter. As he read, his eyes widened and he glanced up at his brother's smirking face."

Comments: I have been meaning to read Rivals in the City for a long time. While I'm a little sad that the series is over, this book was fantastic. I like the beginning of Rivals in the City, especially the descriptions about how the weather effected their walk.

What series have you recently finished reading?

Email ThisBlogThis!Share to TwitterShare to FacebookShare to Pinterest
Labels: Book Beginnings, Rivals in the City, The Friday 56, Y.S. Lee