I’m not going to bother with a long introduction because I meant to post this awhile ago (around Easter actually). This is just the kind of post that I kept adding to the longer it sat in the draft folder. Now that I've come back to it again and added a few more things to it, I figured that it was time to just post it so I can finally move on...

For Easter, I did some baking. The cookie recipe is Hershey's Doubly Chocolate Cookies just sans the chocolate chips, because they weren't necessary for what I was doing. I used the dough two ways: heart shaped cookies (pictured below) with the Wilton silicone heart mold, and the rest went to just ordinary cookies. The regular old cookies were used to make those sandwiches (pictured below). I also used up the left over candy melts from a different baking project, as you can see on the cookie sandwiches. The heart shaped ones also got a similar treatment, but I never got around to getting a picture of them before they got eaten. By the way, they were delicious. 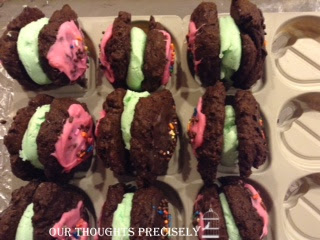 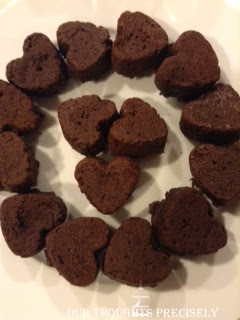 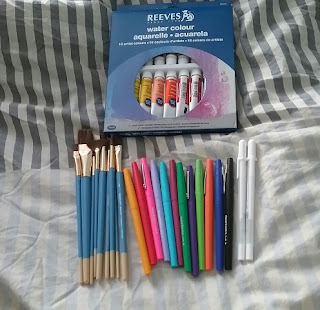 In 2016, I focused more on developing my skills at digital painting, but this year I'm doing more than that. I've gotten back into painting by hand, and it's so much fun. It has been a long time since I’ve used watercolors, and I don't mean a couple of months. I'm talking about years. Yes, it has been that long, and during that time I lost my old watercolor pans as well as most of my supplies. So, I actually have a small art haul.

I picked up some Reeves Watercolour paints, new brushes, a watercolor pad, and a basic palette. I’ll probably talk about the paints later since I’ve only used them a few times. I also picked up some Papermate felt tip pens because they were on sale, and I wanted to try them. I’ve only used them a handful of times, but I love them so much. The colors are really nice and I’ve had a lot of fun just using them to doodle or quickly go over sketches. Like the paint, I'll probably have more to say about the felt tip pens once I've used them more than I already have. The last thing I picked up were two Gelly Role gel pens in white. My sister let me borrow hers, and I really loved how well the gel pens work for smaller details on top of the reeves paint. So, I felt that it was necessary to get my own since I plan on painting more.

Since I wrote this post a while ago, I've picked up more than just the above shown items. I've gotten some acrylic brushes, Reeves Gouache, and a new sharpener. 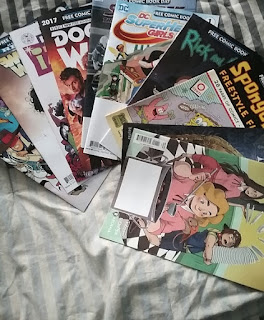 I forgot to mention this on twitter, but I picked up a few comics on free comic book day. I went to two different stores, but by far my experience at Ryan's Comics was the best. The staff was friendly, and they had a cosplayer by the door telling you about the event on the way in. So, there was no confusion about the event and how many comics you could pick. I've made purchases from Ryan's Comics before, and suffice it to say I will be going back again.