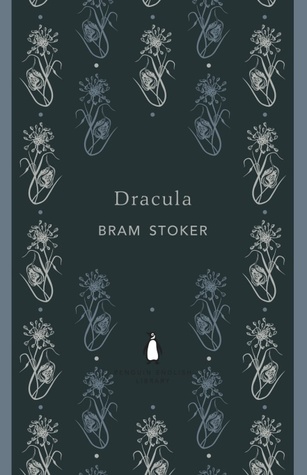 
Written in the form of letters, diary entries, and news bits, Dracula chronicles the vampire's journey from his Transylvanian castle to the nighttime streets of London. There, he searches for the blood he needs to stay alive - the blood of strong men and beautiful women - while his enemies plot to rid the world of his frightful power. The now-famous cast of characters includes the English solicitor Jonathan Harker; his fiancee, the enchanting Mina Murray; and Van Helsing, the mysterious Dutch doctor and expert vampire killer...

Beginning: "Left Munich at 8:35 p.m. on 1st May, arriving at Vienna early next morning; should have arrived at 6;46, but train was an hour late."

56: "Close at hand came the howling of many wolves. It was almost as if the sound sprang up at the raising of his hands, just as the music of the great orchestra seems to leap under the baton of the conductor."

Comments: I finally read Dracula by Bram Stoker and can officially cross it off my TBR list. What area you reading this week?