Review: Of Triton by Anna Banks

What should I even say?  I had really high expectations for Of Triton going into it, but sadly I just didn’t like it that much.  I’ve read books involving mermaids before, and I like the whole idea well enough.  But with Of Triton I just had a hard time getting into the story.  I didn't end up caring for the smaller details.  As a whole, Of Triton was an ok read but I wouldn’t exactly read it again.  The characters...sigh.  Emma was pliable and just seemed to float with whatever boat was present at the time.  She had a few instances of short-lived rebellion, which made me like her a little more than I originally did.  Galen, yeah, I didn't like him very much either. Then there was Emma’s mother, Nalia and Grom, Galen’s older brother.  I just felt like their situation was settled way too quickly, which left me wondering why it was even there in the first place.  Then there were the major plot issues.  It was just kind of lacking, plus the conflicts seemed almost superficial.  I would have liked to see a little more resistance from the characters.  Maybe if I’d read Of Poseidon before diving into Of Triton, I would have understood the structure of the world a little more, but I didn’t.  Hey I’m being honest, someone else may like this one, but I guess I’m not included in that category. 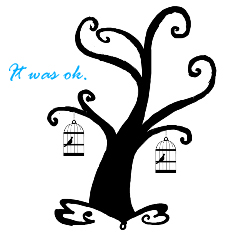