What do you do when you don’t have vanilla extract? Obviously, you make eggless sugar cookies... 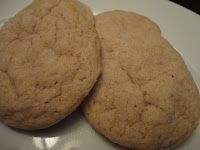 Today, I’m here to talk about another one of my favorite recipes to use. And let me tell, this is a versatile recipe—more on that later. So, what are eggless cookies? Obviously, cookies that don’t use egg but are still delicious anyway. I’ve had my fair share of hit and misses, but I’ve narrowed my collection down to a few recipes that work the best for me. The one I’m talking about today is: Fluffy Eggless Sugar Cookies (Breathtaking Delicacies).

Since this is kind of a smaller batch of cookies, I typically double the recipe. It’s also incredibly easy to make, which is great because I love making food—particularly breads and desserts—that don’t require too much time. Hence, this recipe will always be one of my favorites. 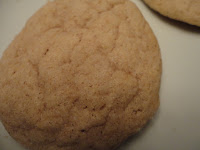 I’ve made it a bunch of ways including substituting the butter for margarine or Crisco, and adding things like chocolate chips, raisins, and chopped nuts—sometimes all three at once. I also use the milk interchangeably with just regular old water. The most recent batch I made didn’t actually involve any vanilla extractor butter, because, as it just so happened, we were out of those two ingriedients. So, I went ahead and made the cookies anyway using margarine, extra water to make up for the lack of vanilla, 1 tsp of cinnamon, and 1/2 tsp of nutmeg to give the cookies some flavor. They turned out just fine. The edges were crisp, the top was crinkled with cracks, while the inside was light and fluffy. Honestly, I didn’t even miss the vanilla extract since the flavor was vaguely cinnamon roll-ish. It was the best result I could have hoped for, because you never know what the outcome will be once you start tinkering with a recipe.