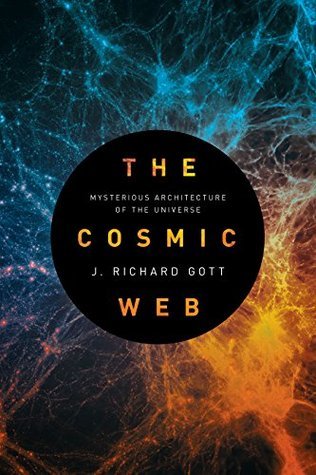 J. Richard Gott was among the first cosmologists to propose that the structure of our universe is like a sponge made up of clusters of galaxies intricately connected by filaments of galaxies--a magnificent structure now called the "cosmic web" and mapped extensively by teams of astronomers. Here is his gripping insider's account of how a generation of undaunted theorists and observers solved the mystery of the architecture of our cosmos. "The Cosmic Web" begins with modern pioneers of extragalactic astronomy, such as Edwin Hubble and Fritz Zwicky. It goes on to describe how, during the Cold War, the American school of cosmology favored a model of the universe where galaxies resided in isolated clusters, whereas the Soviet school favored a honeycomb pattern of galaxies punctuated by giant, isolated voids. Gott tells the stories of how his own path to a solution began with a high-school science project when he was eighteen, and how he and astronomer Mario Juri? measured the Sloan Great Wall of Galaxies, a filament of galaxies that, at 1.37 billion light-years in length, is one of the largest structures in the universe. Drawing on Gott's own experiences working at the frontiers of science with many of today's leading cosmologists, "The Cosmic Web" shows how ambitious telescope surveys such as the Sloan Digital Sky Survey are transforming our understanding of the cosmos, and how the cosmic web holds vital clues to the origins of the universe and the next trillion years that lie ahead...

Beginnings: "Galileo once said: "Philosophy [nature] is written in that great book which ever is before our eyes--I mean the universe.... The book is written in mathematical language, and the symbols are triangles, circles, and other geometrical figures." So it proved to be with the arrangement of galaxies in the universe."

56: "After Caltech, I went to Cambridge University and worked with Martin Rees, who was head of the Institute of Astronomy at the time."

Comments: My current read, The Cosmic Web by J. Richard Gott, has finally broken me out of the reading slump I've been stuck in for the past couple of weeks.