After checking , I realized that our last favorite recipe post was in December... of 2017! And, I thought it would be a perfect time to do another one since we recently got a Koji Waffle Cone Maker. 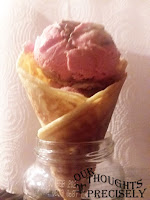 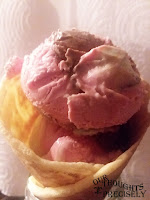 The first recipe I made was the Waffle Cone Recipe from William Sonoma. For some reason, I thought that my first try was going to turn out horrible, but they were relatively easy. Just a little trial and error. The first four bowls I made came out thick. I wanted thinner batter and decided to add more milk. I did read on different recipe (from Barbara Bakes) that adding more butter is a way to thin it out. Unfortunately, I found this out after I made them. 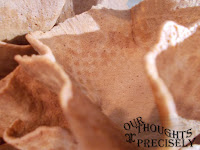 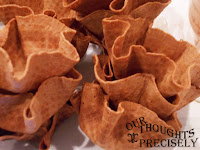 Eventually, Breana suggested we should try chocolate ones, and I am glad I did. The second recipe I partially used was Homemade Chocolate Waffle Cones from Our Best Bites. I didn’t actually use the full recipe this time. The only thing I did was add the amount of chocolate to the first recipe. The bowls came out absolutely delicious. I did think about adding more chocolate; however, after having ice cream I found that the flavor was perfect, and that it would over power the ice cream. 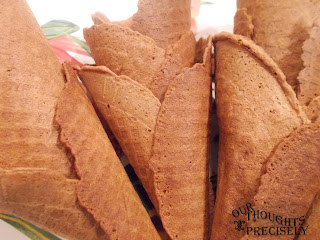 During the process of making cones/bowls three times, I discovered that the order of ingredients is important in terms of texture. Particularly in terms of mixing the egg and sugar.The first time around I kind of threw everything in at once. I felt like this resulted in a fluffy texture. It still tasted good, but that wasn't what I was going for. Additionally, when trying to roll cones I found that it was important to have something under it. I tried rolling it on a plate, but it made it cool too fast. In a lot of videos I watched, people used towels; I found it slightly easier with a paper towel.

Have you made waffle cones/bowls before?

*FTC: All products mentioned in this post were purchased.*