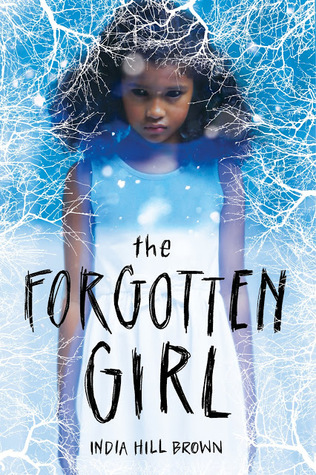 
"Do you know what it feels like to be forgotten?"

On a cold winter night, Iris and her best friend, Daniel, sneak into a clearing in the woods to play in the freshly fallen snow. There, Iris carefully makes a perfect snow angel - only to find the crumbling gravestone of a young girl, Avery Moore, right beneath her. Immediately, strange things start to happen to Iris: She begins having vivid nightmares. She wakes up to find her bedroom window wide open, letting in the snow. She thinks she sees the shadow of a girl lurking in the woods. And she feels the pull of the abandoned grave, calling her back to the clearing... Obsessed with figuring out what's going on, Iris and Daniel start to research the area for a school project. They discover that Avery's grave is actually part of a neglected and forgotten Black cemetery, dating back to a time when White and Black people were kept separate in life - and in death. As Iris and Daniel learn more about their town's past, they become determined to restore Avery's grave and finally have proper respect paid to Avery and the others buried there. But they have awakened a jealous and demanding ghost, one that's not satisfied with their plans for getting recognition. One that is searching for a best friend forever - no matter what the cost. The Forgotten Girl is both a spooky original ghost story and a timely and important storyline about reclaiming an abandoned segregated cemetery....

The Forgotten Girl is another one of the 2019 books I was looking forward to the most, and I have finally read it.

“Iris’s nightmares terrified her. Especially the ones when she couldn’t tell if she was dreaming or not.”—pg.1

The Forgotten Girl is a ghost story, a serious one that had just the right amount of horror (the ghost) where it was needed. It took the otherwise ordinary wintery setting and added a heightened sense of tension to the story. The supernatural elements were suitably creepy, and Iris’s fear was paramount in the later part of the story. Brown excels at writing compelling characters who would appeal to a wide audience. In that way, it reminded me of the Small Spaces series by Katherine Arden. In both stories, the issues in the plot felt local—especially how personal it was to the respective casts of characters. It was literally close-to-home. Plus the ghosts were written in such a vivid way that there were a number of truly terrifying instances.

The Forgotten Girl also drew upon the real history of segregated cemeteries, which is something I haven’t seen very often in a fictional story. So I liked the fact that it was incorporated into the story—there’s also an author’s note in the back of the book that further explains the inspiration behind The Forgotten Girl.

Overall, The Forgotten Girl was a quick read and an excellent ghost story. On a side note: I would definitely take a story about Iris’s mother, because that one offhanded comment got my interest.

Have you read The Forgotten Girl? Or what are some of your favorite ghost stories?