Review: The Case Study of Vanitas volume 6 by Jun Mochizuki 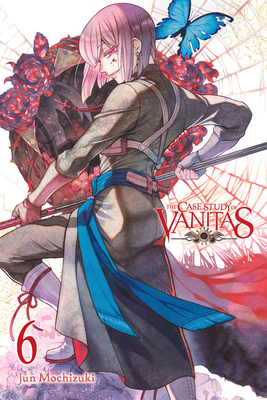 On the trail of the Beast of Gévaudan, Vanitas and Noé are led to the heart of the incident and the noble house of d'Apchier. There, they discover that a brave, heartrending wish to save a daughter from a vampire's fate became the haunting first cry of the Beast itself...

Note: there may be mild spoilers for volumes 1-5

It has been a couple of months since I last picked up a volume of The Case Study of Vanitas. Last time I checked, volume 5 ended with the main cast stuck in an odd time warp like situation while searching for the truth behind the Beast of Gévaudan's sudden reappearance. There was so much going in this volume, and I almost don’t know where to begin.

I still feel excited whenever I step back into this story. Mochizuki’s artwork is, as always, gorgeous and expressive. There’s a perfect balance between visual storytelling and information imparted by dialogue.

From the beginning of the series, there have been a number of mysteries woven into the plot alongside major conflicts, and finally some of those long sought answers are appearing. Volume 6 was no less interesting of course. It was still just as action packed and atmospheric as the previous entries in the series. Plus this one moved the story further into this arc.

The Gévaudan storyline is shaping up to be one of my favorites, second only to the vampire masquerade a few volumes back. One note I forgot to mention when I reviewed volume 5 was that I thought the plot was building toward more backstory. I was right. From the way the world is set up, there has been more than enough evidence shown that there was a major conflict between vampires and other people sometime in the past. Volume 6 dipped its toes into that. There was backstory abound here for some of the key characters in the series—like Jeanne, Ruthven, and Chloe—as well as adding more world building. I’m glad so much of it was delivered with minimal interruption, because it afforded a clearer picture of what happened in the past and what it had to do with the current events. Yet despite the answers provided in volume 6, there are still many outstanding mysteries.

Overall, volume 6 was excellent, and I’m looking forward to the next one.