My first thoughts about Now You See Me were:  What?  How?  Where the heck did that come from?  Oh, ok, I did not see that coming.  After the end of Now You See Me, I was left reeling from it, and feeling like the movie was one giant illusion meant to trick the audience into believing they’re seeing something they’re not—well, at the very least, that’s how I felt.  It really made me think about the plot as it progressed as new details emerged.  Now You See Me is the kind of movie I’d eventually buy when it comes out on DVD/Blu-Ray, just to see if there were any small details I missed the first time I’d seen it.

The plot follows “The Four Horsemen,” a team of talented illusionist, who go up against an elite team of FBI agents, in a series of thrilling heists.  Jack Wilder, Henley Reeves, Merritt McKinney, and J. Daniel Atlas start off as separate performers, unable to work with one another.  Through a course of mysterious events, the four end up working as a team.  The Horsemen were really the world’s greatest illusionist in this movie, as time after time, they always managed to stay one step ahead of the agents who were closing in on them.

Now You See Me was truly different from the other movies coming out this year.  I mean, come on.  How many times are you going to get a movie about illusionist pulling off heists?  I was so sure it was someone else, but it wasn’t.  I can’t say much more without spoiling the plot, but the secrets, oh the secrets will leave you questioning what you saw throughout the movie.  The greatest trick of Now You See Me was the movie itself, and the hidden details within it.  The only issue I really had with the movie was that there was some inappropriate suggestive content at seemingly random parts of the movie, and instances of crude humor that could have just been left out.  Otherwise, it was a pretty good movie. 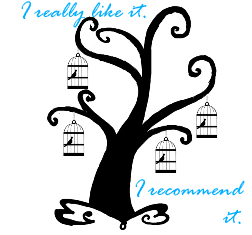 Thank you to Summit Entertainment for the advanced screening tickets!  Another thank you to Z90.3 for the awesome Now You See Me hat!

Check out the trailer below: