After discovering the truth about her Oleah origins, Angel thought she could still have a normal life, consisting of normal things – like her seventeenth birthday party. But there is no such thing as normal for Angel anymore. She learned that the hard way after Sindrell – the most powerful sorceress in the universe - crashed her party, destroyed the city, and took her best friend, Julie, captive. Determined to defeat Sindrell for good, Angel must risk her life, along with the fate of the entire universe to get Julie back…alive. The only way she can do this successfully, is to embrace her Oleah instincts and learn what it takes to become a true warrior. Problem is, Sindrell has an insurance policy of her own that will put millions of lives in danger - including Zander’s - to ensure her quest for power is brought to fruition. One way or another. In order to protect Zander, and save Julie, Angel has to make a choice... but will it be the right one?

Author Michelle Johnson is back with the next installment of the Oleah Chronicles. Oleah Chronicles Justice is another amazing young adult fantasy/paranormal novel. And unlike some young adult novels, there are edgy moments between Angel and Zander, but the romance never overshadowed the plot. The intense action filled moments are also well done. They are so vividly depicted that I can only imagine this series playing out on the screen.

In this second installment of the Oleah Chronicles, it begins with training day as Angel learns discipline and self-control, before taking on Sindrell, the most powerful sorceress, in an attempt to save her friend, Julie, and all of humanity. Johnson does an amazing job of bringing the reader into the moment with the depiction of the emotional turmoil that Angel experiences and the action sequences throughout the novel. One difference found in Justice is that it immediately takes on a dark tone as it picks up where Truth left off. Angel is the key to peace; yet she has some growing up to do as she struggles with overcoming her guilt while she learns to use her gifts to save her friend Julie. I loved the fact that she maintained her teen persona with her quirky comments and reactions to certain situations as she was being transformed into a kickass warrior. I also liked the fact that she looked to her parents for advice and approval-Let me just say that their relationship was very ordinary in a supernatural setting.

Although this story was a bit gory, the fluid writing, well-developed characters and engaging storyline hooked me from the beginning. If you haven’t read the first book in the series, Truth, I would suggest that you pick up a copy and start at the beginning, because Justice begins at the point in which Truth ended—a point that left me longing for Oleah Chronicles: Justice to be released. And now… I ‘m eagerly awaiting the next installment of the Oleah Chronicles and future work by Michelle Johnson! (Actual Rating 4.5)

This copy of the book was provided by the author for this review, thank you! 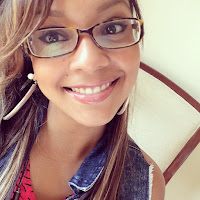 Throughout my childhood I was always told I had a very creative imagination. I was drawn to stories of mythical creatures and all things that would usually give my peers the heebie geebies. Shows like Tales from the Crypt Keeper and Buffy the Vampire Slayer were among some of my favourites. I developed a strong passion for design and illustration, drawing the ideas that arose in my head and finding great excitement in bringing them to life. This led me to pursue a career in graphic design and marketing so that I could always use my creativity to the fullest. I have always loved reading and the way a compelling story would allow my mind to absorb its detailed imagery. I began to use writing as a tool to bring my creative thoughts to fruition one day, which has brought me to this moment. I'm a romantic at heart and a sucker for stories about true love which is reflected in my writing and helped bring the Oleah Chronicles to life. I hope you enjoy my first book and through it you experience the eccentric vision that began in my mind so long ago.

Email ThisBlogThis!Share to TwitterShare to FacebookShare to Pinterest
Labels: ARC, ARC Review, four and a half birdcages, Michelle Johnson, Review