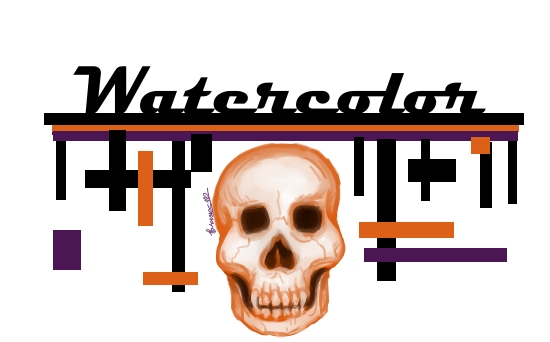 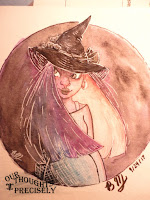 At the beginning of the month, I mentioned that I wanted to get back into making art related posts again. So, one of the things I wanted to do this October was redo some of the art I posted around this time last year. And the one that stood out to me first was the witch watercolor painting I did. I know I can do better now, and that’s the main reason why I wanted to tackle this project. Before I get into the process behind my updated version of this painting, I want to show the old one for comparison.

It’s not bad, but I can see all the places I went wrong on this painting. My layers were too dark too soon, and the colored pencils didn’t blend well at all unlike the Prismacolor ones I’m currently using. 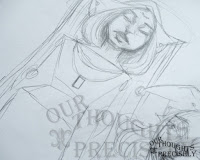 Going into this project, I knew I wanted to take my time before I put paint to paper. I usually do some planning, but for this one I did more sketches before making a decision on which direction I wanted to go. I’ve been trying to change my process for more detailed pieces. So, I started out by looking at the original version + the old sketches and determining what I liked about them. From there, I made some new sketches for it while keeping in mind that I wanted to keep some of the key features including: the hat, the dress, and the two-tone hair. Once I was happy with the overall look, I started playing around with some of the other aspects of the sketch such as: the hat, and if I wanted to change the position of the arm and add a bird or not. However, I ended up scrapping the latter idea because I wanted to maintain some of the simplicity found in the original. I’d also decided to stick with watercolor and colored pencil instead of using a different medium like digital or acrylic paint.

Once I’d figured everything out, next was my favorite part: the actual painting part of the whole process. I enjoyed this part a lot. I had a loose idea of the colors I wanted to use, and in the end, I didn’t end up using as many darker tones as I thought I would. The purples, blues, oranges, pinks, and reds looked better when side by side with the other painting I’m going to be talking about later this month. After I was fine with where the color was at, I finished the painting off with colored pencil, bronze Sharpie, and little hints of white gel pen…. 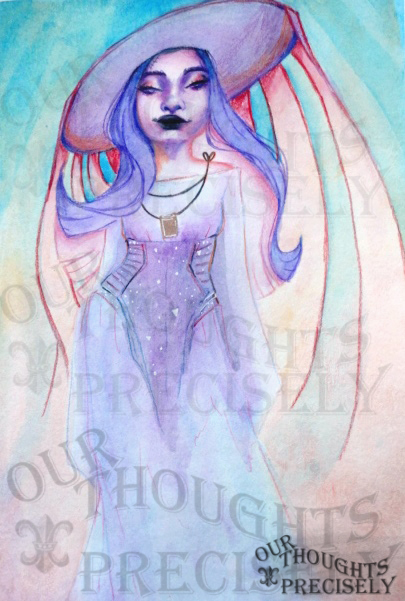 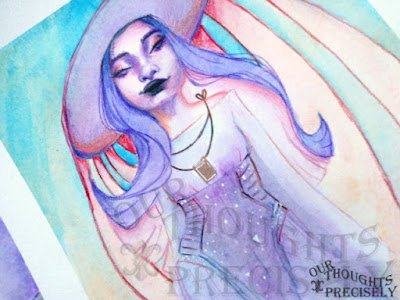 Up next, I’m going to be talking about a different painting I worked on that I’ve nicknamed the Spider Bride….