"Vastra and Strax and Jenny? Oh no, we don't need to bother them. Trust me."

Marlowe Hapworth is found dead in his locked study, killed by an unknown assailant. This is a case for the Great Detective, Madame Vastra.

Rick Bellamy, bare-knuckle boxer, has the life drawn out of him by a figure dressed as an undertaker. This angers Strax the Sontaran.

The Carnival of Curiosities, a collection of bizarre and fascinating sideshows and performers. This is where Jenny Flint looks for answers.

How are these things connected? And what does Orestes Milton, rich industrialist, have to do with it all? This is where the Doctor and Clara come in. The Doctor and his friends find themselves thrust into a world where nothing and no one are what they seem. Can they unravel the truth before the most dangerous weapon ever developed is unleashed on London?

I hate to admit that prior to Silhouette I’d never read a Doctor Who book or watched the series. I had heard great things about the series and was curious to find out what all the excitement was about. Now that I’ve read it, I think that I’m a die-hard Doctor Who fan in training.

Silhouette takes place in London during the Victorian era. It’s the adventures of the 12th Doctor Who. During this installment of Doctor Who, he travels through time to investigate a mysterious spike in energy in Victorian London. He soon found himself caught up in the investigation of Marlowe Hapworth’s mysterious death.

Although the story started out slow, the pace soon picked up with a shocking turn of events around every corner. I loved the interesting take on emotions and paper. And the conclusion—well, it was just epic.

I am looking forward to reading additional books featuring the 12th Doctor Who and would definitely recommend Silhouette to readers who love suspenseful science fiction stories. 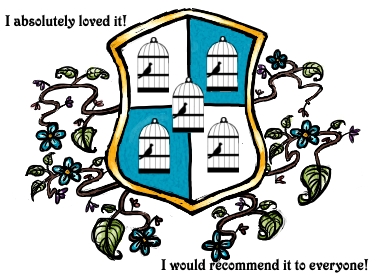 I received this book from Blogging for Books in exchange for an honest review.

JUSTIN RICHARDS has written for stage and screen as well as writing novels and graphic novels. He has also co-written several action thrillers for older children with the acknowledged master of the genre Jack Higgins. Justin acts as Creative Consultant to BBC Books' range of Doctor Who titles, as well as writing quite a few himself. Married with two children (both boys), Justin lives and works in Warwick, within sight of one of Britain's best-preserved castles.
Posted by Andrea M. at 11:36 PM