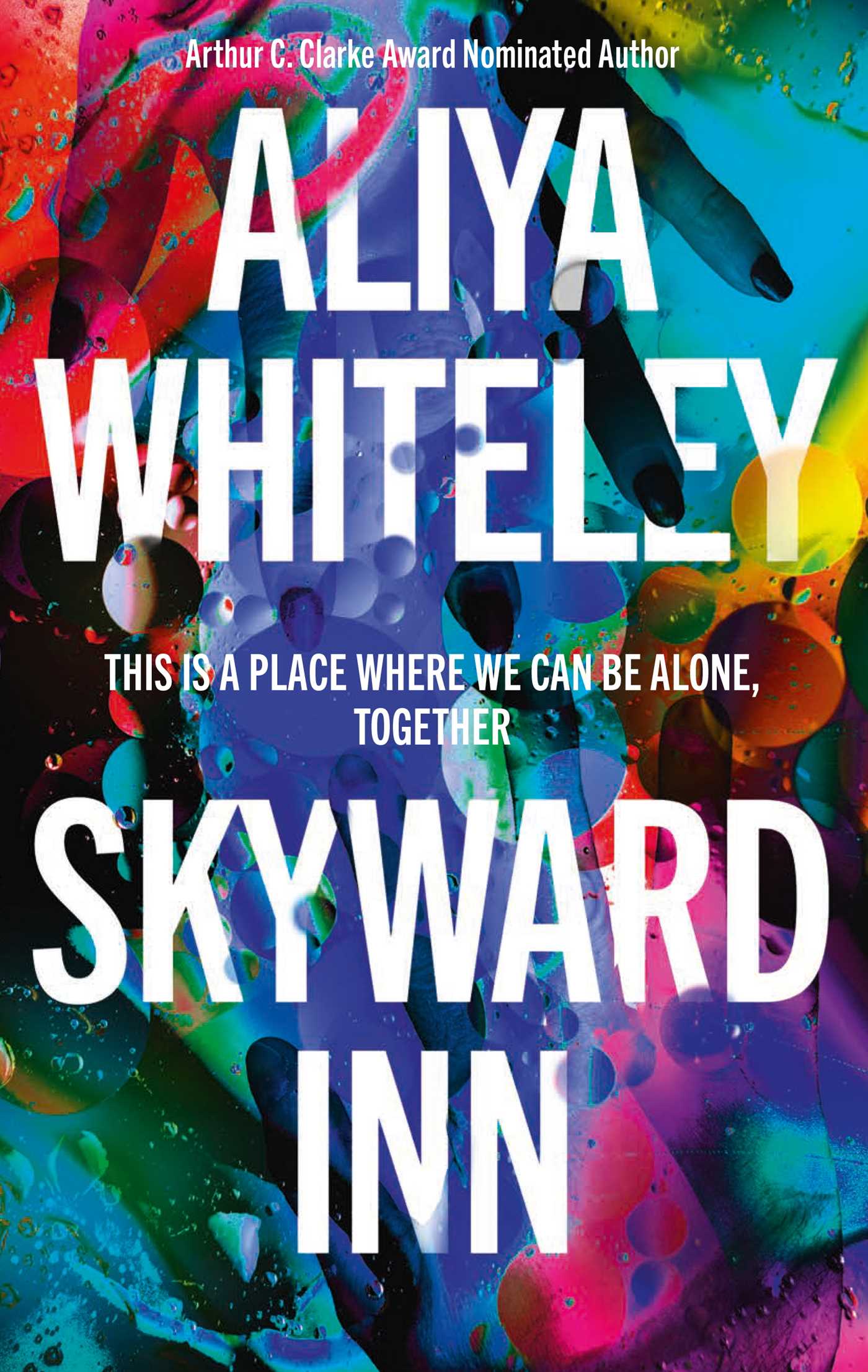 Skyward Inn, within the high walls of the Western Protectorate, is a place of safety, where people come together to tell stories of the time before the war with Qita. But safety from what? Qita surrendered without complaint when Earth invaded; Innkeepers Jem and Isley, veterans from either side, have regrets but few scars. Their peace is disturbed when a visitor known to Isley comes to the Inn asking for help, bringing reminders of an unnerving past and triggering an uncertain future. Did humanity really win the war? A thoughtful, literary novel about conflict, identity and community; a fresh new perspective in speculative fiction from critically-acclaimed writer Aliya Whiteley. Jamaica Inn by way of Jeff Vandermeer, Ursula Le Guin, Angela Carter and Michel Faber, Skyward Inn is a beautiful story of belonging, identity and regret.

Skyward Inn is a story that’s brimming with potential, and it is a technically good story with one exception—though that came down to personal taste in the end. There were a number of aspects that were notable about the story, which I thought deserved praise.

Skyward Inn is the type of speculative fiction that has those big science fiction concepts woven into a story that explores the human element as well as colonialism—though it uses a fictional alien race as the vehicle to do this. At times, it reminded me of The Long Way to a Small, Angry Planet, because much of the story was about the characters. The line on the book cover, “This is a place we can be alone, together,” is often repeated throughout the book. Whiteley does do a good job hammering this point home, and the overall execution of it was good.

Another notable aspect of Skyward Inn was the speculative elements, which ties in to the ending of the book. The twist was fantastic, and my overall impression of the story was on the higher end because of it. The imagery it invoked was eerie and surreal at some points.

Where I ran into a problem was with one particular character's perspective. Fosse, the son of one of the main characters, ended up having a role that was integral. However, while the later instances in his POV were fine, his introduction wasn’t my thing, and some of his internal monologue got to be unsettling. At one point I considered skipping over his sections, but I didn’t end up doing that because as I mentioned his side of the story was integral. It just wasn’t my favorite part.

Skyward Inn was good, and I would consider reading more books by Whiteley.

About the author....
Aliya Whiteley writes across many different genres and lengths. Her first published full-length novels, Three Things About Me and Light Reading, were comic crime adventures. Her 2014 SF-horror novella The Beauty was shortlisted for the James Tiptree and Shirley Jackson awards. The following historical-SF novella, The Arrival of Missives, was a finalist for the Campbell Memorial Award, and her noir novel The Loosening Skin was shortlisted for the Arthur C Clarke Award. She has written over one hundred published short stories that have appeared in Interzone, Beneath Ceaseless Skies, Black Static, Strange Horizons, The Dark, McSweeney’s Internet Tendency and The Guardian, as well as in anthologies such as Unsung Stories’ 2084 and Lonely Planet’s Better than Fiction. She also writes a regular non-fiction column for Interzone.
Website

Disclaimer: this copy of the book was provided by the publisher (Solaris) via Netgalley for this review, thank you!