ARC Review: To The Greatest Heights by Vanessa O'Brien 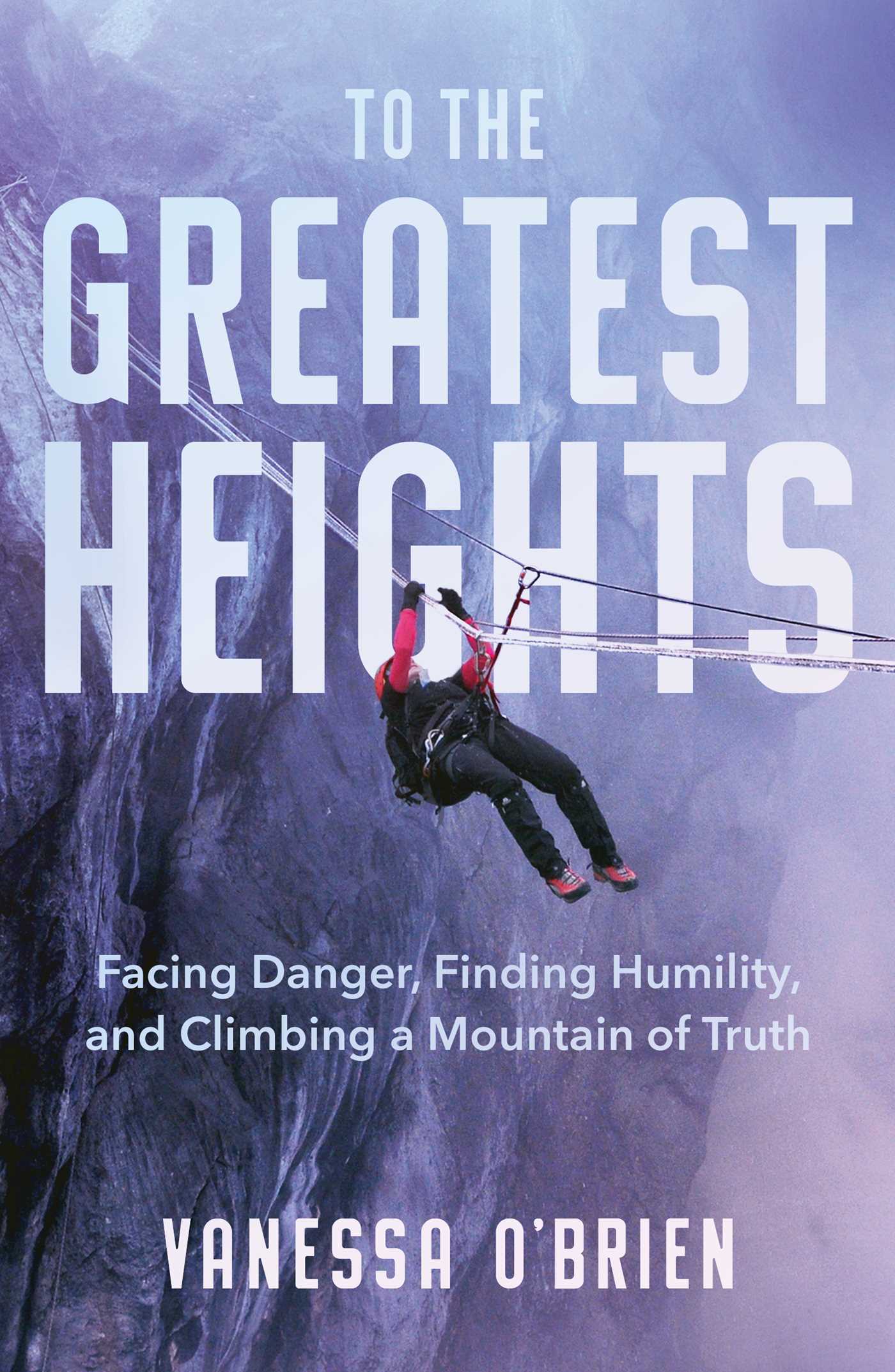 This riveting and uplifting memoir by Vanessa O’Brien, record-breaking American-British explorer, takes you on an unexpected journey to the top of the world’s highest mountains.

Long before she became the first American woman to summit K2 and the first British woman to return from its summit alive, Vanessa O’Brien was a feisty suburban Detroit teenager forced to reinvent her world in the wake of a devastating loss that destroyed her family. Making her own way in the world, Vanessa strove to reach her lofty ambitions. Soon, armed with an MBA and a wry sense of humor, she climbed the corporate ladder to great success, but after the 2009 economic meltdown, her career went into a tailspin. She searched for a new purpose and settled on an unlikely goal: climbing Mount Everest. When her first attempt ended in disaster, she trudged home, humbled but wiser. Two years later, she made it to the top of the world. And then she kept going. Grounded by a cadre of wise-cracking friends and an inimitable British spouse, Vanessa held her own in the intensely competitive world of mountaineering, summiting the highest peak on every continent, and skiing the last degree to the North and South Poles. She set new speed records for the Seven Summits, receiving a Guinness World Record and the Explorers Grand Slam, and finally made peace with her traumatic past. During her attempt on K2, she very nearly gave up. But on the “savage mountain,” which kills one out of every four climbers who summit, Vanessa evolved from an adventurer out to challenge herself to an explorer with a high-altitude perspective on a changing world—and a new call to share her knowledge and passion across the globe.

Told with heart and humor, Vanessa’s journey from suburban Detroit to Everest’s Death Zone to the summit of K2 and beyond, is a transformative story of resilience, higher purpose, and the courage to overcome any obstacle.

I've heard of Vanessa O’Brien, so I was excited to get my hands on her upcoming book. To the Greatest Heights was an excellent memoir. O’Brien didn’t sugarcoat the realities of mountain climbing as she recounted her experiences on as many notable mountains as I can think of—just off on the top of my head, think Everest and Kilimanjaro among the many others. She talked about it with a searing honesty, and mentioned her successes as often as she did her failures and the hard learned lessons she gained by experience. The reality was grim, dangerous, and somewhat gross at times. However, I have to admire O’Brien’s determination to continue climbing even when faced with injuries, subzero temperatures, and sweltering heat among other hazards that come with mountaineering. Since this was a memoir, O’Brien also talked about her life, career, and the family tragedies that made her the person she was. It also was often correlated with key moments in the book. So as she would talk about her experiences on a mountain or at the North and South Pole, she would also delve into more personal topics.

To the Greatest Heights was, at its core, about O’Brien and her personal journey with mountaineering. It was as much about the mountains as it was about her life. It was fantastic, and I highly recommend this one.

About the author....
Vanessa O’Brien is an American mountaineer and a British mountaineer (as a result of her dual nationality), explorer, public speaker and former business executive. Vanessa was named Explorer of the Year in 2018 by the Scientific Exploration Society. She is one of only eight women to achieve the Explorers Grand Slam, having summited the highest peak on every continent and skied the last degree to the North and South Poles in eleven months. Vanessa was the first woman to set a speed record to climb the Seven Summits, entering the Guinness Book of World Records for climbing the Seven Summits in 295 days. Curiosity, determination and a passion for excellence led her to become the first American woman and the first British woman to successfully summit K2 in 2017. Vanessa is a Fellow of the Royal Geographic Society and a Member of the Scientific and Exploration Society. She is an advocate for woman’s causes, carrying the UN Women’s flag to the summit of K2. She lives in New York City and London with her husband, Jonathan.

Disclaimer: this copy of the book was provided by the publisher (Atria/Emily Bestler Books) via Netgalley for this review, thank you!