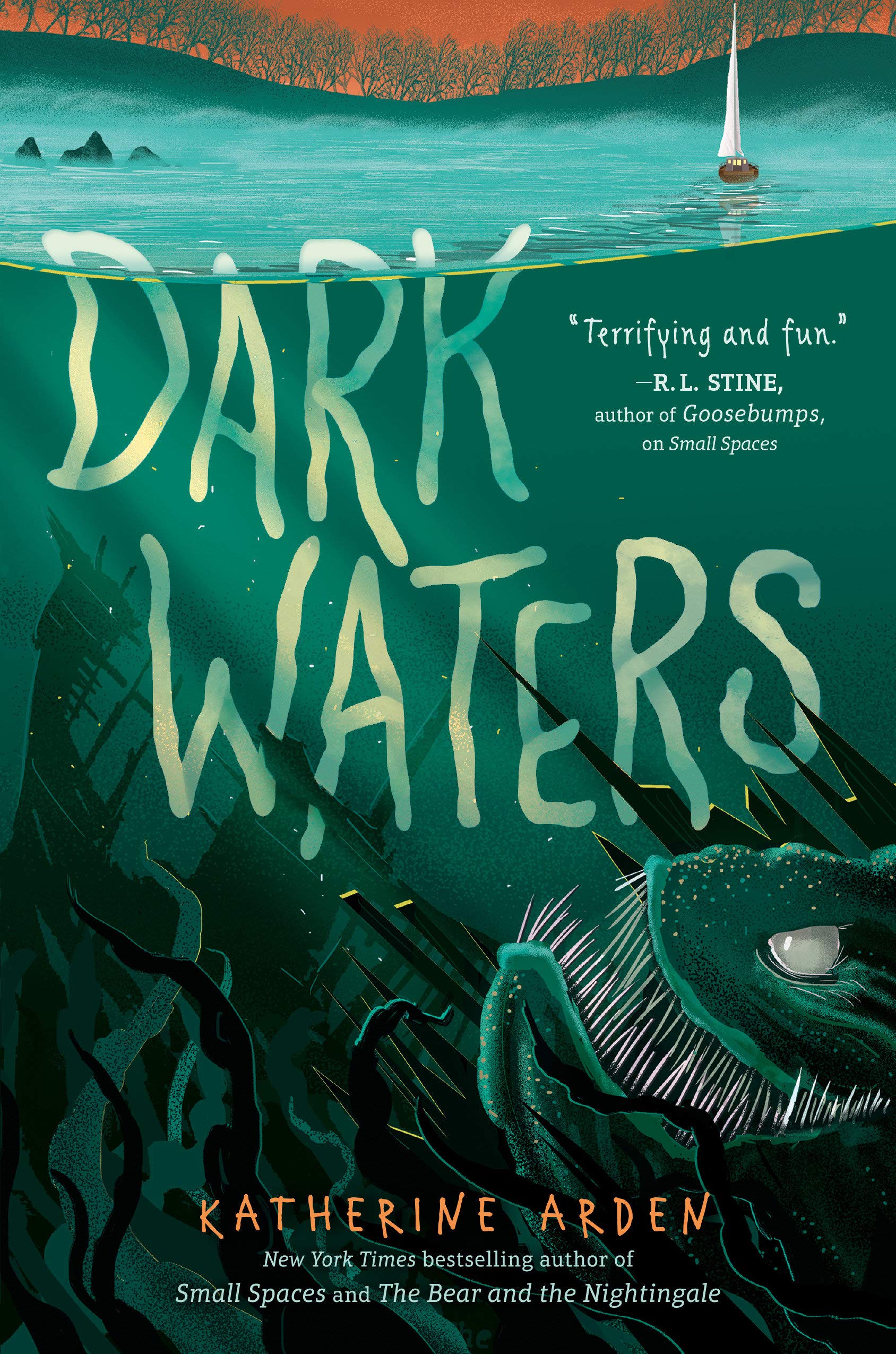 Having met and outsmarted the smiling man in Dead Voices but fearful of when he'll come again, Ollie, Brian, and Coco are anxiously searching for a way to defeat him once and for all. By staying together and avoiding remote places, they've steered clear of him so far but their constant worry and stress is taking a toll on their lives and friendship. So when Ollie's dad and Coco's mom plan a "fun" boat trip on Lake Champlain, the three are apprehensive to say the least. They haven't had the best of luck on their recent trips and even worse their frenemy Phil is on the boat as well. But when a lake monster destroys their boat, they end up shipwrecked on a deserted island. This isn't just any island though. It's hidden from the outside world in a fog and unless everyone works together to find a way to escape, they won't survive long.

After rereading the first two books in the series, I was more than ready to dive into Dark Waters. It was one of my most anticipated releases of 2021, and it more than lives up to the hype.

Dark Waters felt much shorter than the previous books in the series, but it does a lot with the space it had.

It’s now spring in East Evansburg, and the trio—Ollie, Brian, and Coco—set out for a weekend on a boat. The weather was rainy but described as being sunny at points. It’s spring, unlike the brisk fall in Small Spaces and the isolation of the winter scenery of Dead Voices. So, it seemed to be the perfect setup for a fun time, but it quickly spiraled into another entertaining but firmly haunting adventure.

The characters, as always, are good. The friendship that I liked so much from Dead Voices seemed to be almost strained. There was trust, but there was also the addition of secrets. Ollie, for one thing, felt far more distant than before.

Dark Waters also takes a look at some of the other characters from the series that didn’t have a prominent role in Dead Voices. The Smiling Man remains devious and dangerous, and Dark Waters shined a light on the way the terrifying “games”—and the people who play them, willingly or not—have also impacted others. It was kind of like a ripple effect: toss a stone in a lake and see how far little waves go. The games are kind of like that, but the consequences have much higher costs.

That is to say: the story was good. The stakes have never been higher, and the ending was probably the biggest cliffhanger of the series by far. I won’t say anything more on it, but I need the next book.