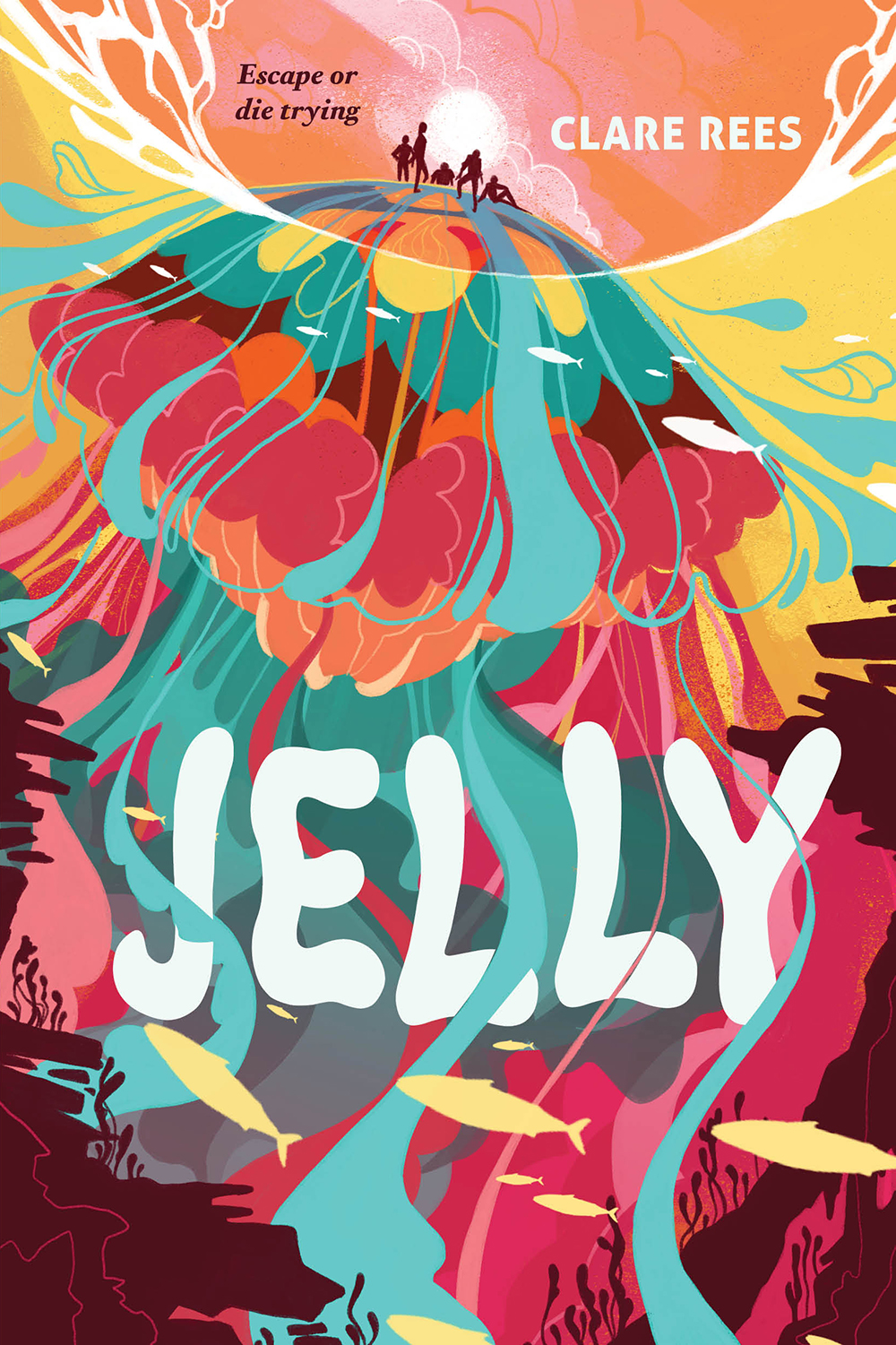 Synopsis from Goodreads...
The biggest problem with being trapped on a jellyfish isn’t what you’d expect. You get over the fear of death (because you start looking forward to it) and the smell of fish (because it quickly becomes your breakfast, lunch, and dinner). Boredom is an issue, sure, but it’s not the main one; the biggest problem is not being able to get away from everyone. Martha is stuck on the back of the jellyfish and has been for a long time. She and everyone else living there don’t know how exactly they got there or how long they’ve been there or where they’re going—they just remember that something traumatic happened. And they can’t escape. But now, the crew has finally had enough. They’re going to escape the jellyfish—or die trying. (Which probably means dying.) Funny, strange, and completely original, Jelly is an unforgettable young adult
debut.

Jelly is probably one of the strangest post-apocalyptic novels I’ve read to date, but I liked it. From the start, its premise was a point of interest to me, and the end result was as fascinating as I thought it would be. After all, how many stories do you get where the setting is on the back of a giant jellyfish? Not many.

One of the reasons I kept reading was because I wanted to see if the questions I had would be answered. How did they end up on the jellyfish anyway? Why did it keep them alive for so long? And will they ever escape?
There was a lot I enjoyed about Jelly. The beginning was kind of shaky, but once I got into the story, I was really into it. The time period was set in what could have been a handful of years from now—if giant frightening sea creatures existed—and as such there was a lot of commentary about global warming and rising sea levels woven in with the more fantastical elements of the story.

The setting was limited to the back of a giant jellyfish, and I did like how Rees handled that aspect of the story. There was a bit of a mind game going on here. While there was no authoritarian government to fend off, the jellyfish could almost be taken as a metaphor for one. The characters were in a bad predicament, and they were essentially forced to survive on what trash floated by and the handouts from the jellyfish. Where the mind game comes in, is how close the jellyfish remained to the coast. So it was always in sight, but there was no way to get to it. The sense of isolation and desperation was a common point for many of the characters for much of the story, but there was always that thin sliver of hope. This goes into characterization as well. For example, the narrator, Martha, was often snarky or quietly plotting as a way to pass the time. Her character was a prime example of the ways the isolation of the setting shaped who they were and how they navigated what was a horrifying situation.

Overall, Jelly was a good story. While I would have liked to see more about what was going on in other parts of the world, by keeping the focus of the story limited to one group, the ending proved to be a satisfying conclusion.

About the author...
Clare Rees is the debut author of Jelly and works as a Head of English. She feels privileged to work with teenagers and loves that she gets to spend her days encouraging reading and writing skills in others. Clare has an MEd and an MA, and has had educational resources published by Pearson, AQA, Teachit and Zigzag. These have included co-authored books, lesson resource collections and teaching units. She has also written education articles for The Independent and ‘Secret Teacher’ blogs for The Guardian.
Disclaimer: this copy of the book was provided by the publisher (Amulet Books) via Netgalley for this review, thank you!