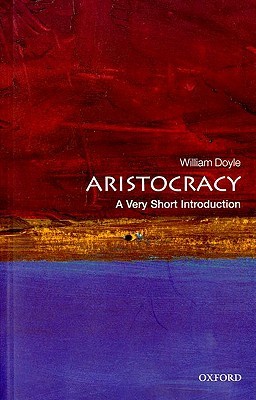 Aristocracies or nobilities dominated the social, economic, and institutional history of all European counties until only a few generations ago. The relics of their power, in traditions and behavior, in architecture and the arts, are still all around us. This engaging Very Short Introduction shows how ideas of aristocracy originated in ancient times, were transformed in the middle ages, and have only fallen apart over the last two centuries, following the outbreak of the American and French Revolutions. William Doyle, an authority on eighteen-century European history, here strips away the myths in which aristocracies have always sought to shroud themselves, but he also astutely delineates the true sources of their enduring power. Their outlook and behavior affected the rest of society in innumerable and sometimes surprising ways, but perhaps most surprising was the way in which the centuries-old aristocratic hegemony crumbled away. In this Very Short Introduction William Doyle considers why this happened and what is left today.

I’ve been into history lately, and one of my recent nonfiction reads was Aristocracy by William Doyle. It’s a part of Oxford’s A Very Short Introduction series, which has been publishing since 1995. There are a number of titles I want to read from this series, but my first foray into it was with Aristocracy.

“Aristocracy is a word coined in ancient Greece. Originally it meant not a group of people but a form of government: rule by the best. But who were they?”—pg.1, Aristocracy, William Doyle.

Aristocracy was excellent, and it was way more informative than I originally thought it would be. It was a short book at just one hundred and two pages. Even so, it was a precise summery of the roles, privileges, and powers of the aristocracy through the ages. In its five chapters total, it covered everything from the way titles were obtained (or lost), as well as the eventual decline that came with changes to the public’s perception of the aristocracy.

I honestly had a great time with this read. The compact format didn’t require too much commitment, but it was a fascinating read regardless.