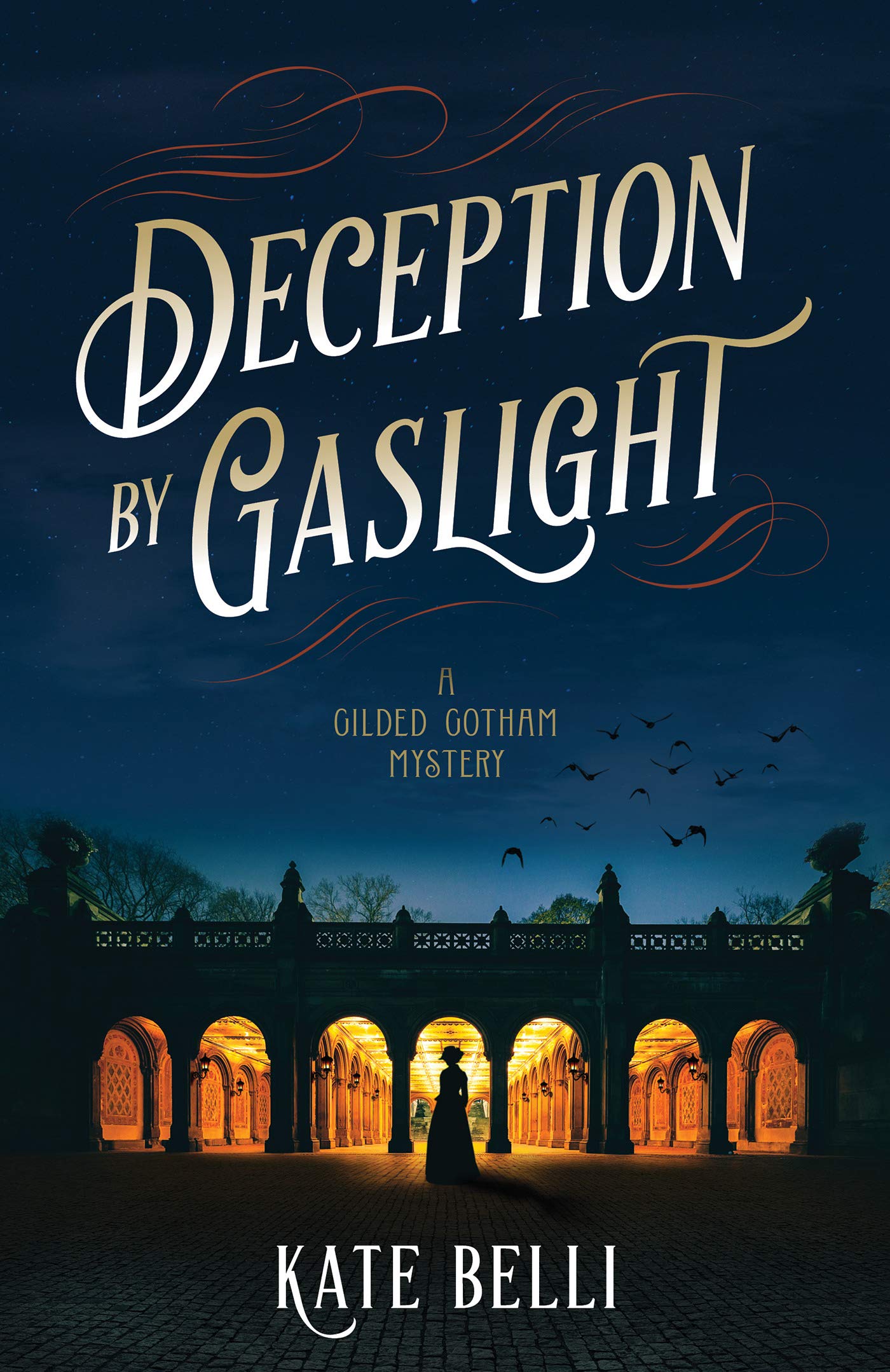 As a chill sets in on New York City in the winter of 1888, a jewel thief dubbed the "Robin Hood of the Lower East Side" has been stealing from the city's wealthiest and giving to the poor. Genevieve Stewart--a young woman whose family is part of Mrs. Astor's famed 400 but who has forged a life of her own as a reporter--decides to chase the story, but gets more than she bargained for: a murder victim sprawled in a dark alley in the dangerous Five Points neighborhood. A handsome neighborhood tough comes to her rescue--but when she encounters the same man at a glamorous ball a few nights later, she realizes he's society scion Daniel McCaffrey. Could this be her Robin Hood? When two more murders rock the Knickerbocker world, it becomes apparent that something much more sinister is afoot than a few stolen diamond necklaces. Genevieve is determined to prove that Daniel is Robin Hood--but she's loath to believe he is a killer as well. From the glittering lights of Fifth Avenue to the sordid back alleys of Five Points, the truth is just one murder away.

It’s been some time since I last picked up a historical mystery, and Deception by Gaslight immediately got my interest. It was set in late 1800’s New York. It was a story steeped in old money, a mysterious and escalating string of thefts, and what it had to do with a person (thief) who goes by the moniker of Robin Hood. It was an interesting mixture of aspects, and  overall the story was a good one.

From the first page, I was drawn into the story by Belli’s writing, which created strong and distinctive voices for both of the novel’s main characters—Genevieve and Daniel. I liked the mystery portion of Deception by Gaslight the best. Since Genevieve knew—and was acquainted with or moved in some of the same social circles—as many of the people who had items stolen from them, it presented a personal tie to the case that increased the sense of tension early in the story.

For the most part, I liked Genevieve’s character. She was a reporter who was chasing what she hoped was her next big story, and I admired the kind of ambition she had. Her friends were also entertaining characters, and I enjoyed every time they appeared on page. Daniel was a very complex character. As the enigmatic recipient of a fortune (under mysterious means), he had a number of secrets. He was a well-meaning person, and overall I thought his characterization was great. I also enjoyed the scenes he had with Genevieve. The two worked well together, and some of my favorite scenes were when they were acting as a team.

Although, there were times when it seemed like the clues were almost too obvious, yet the characters didn’t realize it till much later. It was a little frustrating, because otherwise this was a very capable group of characters. However, that didn’t ruin my enjoyment of the story, and it was more of a pet peeve of my mine. When the story picked up towards the latter half of the book, all the revelations kept me turning the pages. The end left off in an open-ended place, and it definitely left room for another story. (I have a number of questions about that last scene, but I just have to wait until the next book comes out.)

Deception by Gaslight is a promising beginning to a new series. If you’ve read any of the Veronica Speedwell books by Deanna Raybourn, then you might want to consider giving this one a try.

Kate Belli writes historical mystery, historical romance, suspense and women’s fiction. Fascinated by history from an early age, she earned a PhD in American art and has variously worked as an antiques appraiser, a museum curator and a college professor. Kate has lived all over, from Florence, Italy, to Brooklyn, New York, to the Deep South, to a cottage next to Monet’s gardens in Northern France. Today she lives and works in a small, Civil War-era college town in Pennsylvania with her husband and son. When not writing, Kate satisfies her wanderlust by traveling with her family as often as possible, touring museums and sampling local food. She is also an avid runner, having completed several marathons, and a yoga teacher. Kate loves hiking, camping, and cooking, and firmly believes red wine and strong coffee qualify as their own food groups....

Disclaimer: this copy of the book was provided by the publisher (Crooked Lane Books) via Netgalley, thank you!