ARC Review: The Eternal City: A History of Rome in Maps by Jessica Maier 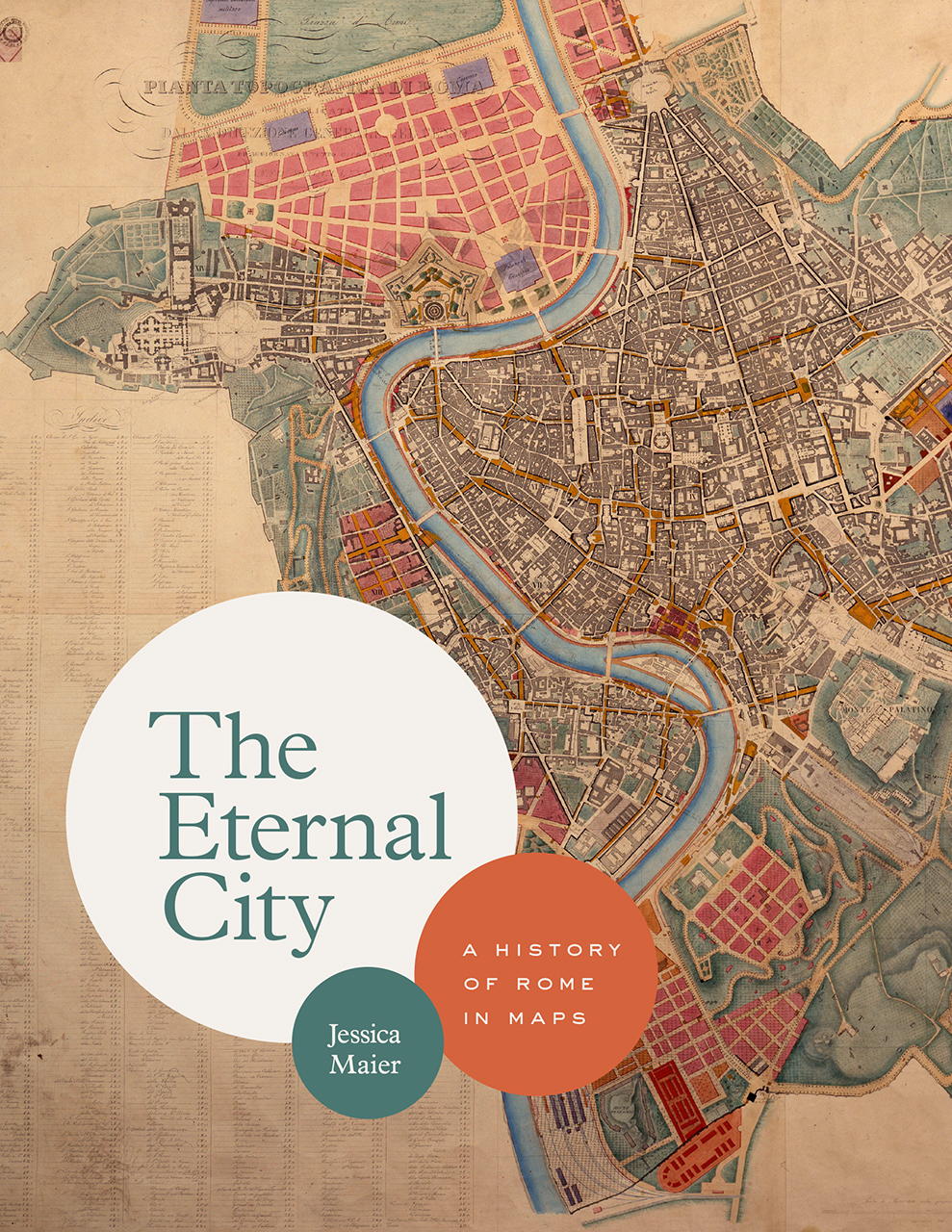 
One of the most visited places in the world, Rome attracts millions of tourists each year to walk its storied streets and see famous sites like the Colosseum, St. Peter’s Basilica, and the Trevi Fountain. Yet this ancient city’s allure is due as much to its rich, unbroken history as to its extraordinary array of landmarks. Countless incarnations and eras merge in the Roman cityscape. With a history spanning nearly three millennia, no other place can quite match the resilience and reinventions of the aptly nicknamed Eternal City. In this unique and visually engaging book, Jessica Maier considers Rome through the eyes of mapmakers and artists who have managed to capture something of its essence over the centuries. Viewing the city as not one but ten “Romes,” she explores how the varying maps and art reflect each era’s key themes. Ranging from modest to magnificent, the images comprise singular aesthetic monuments like paintings and grand prints as well as more popular and practical items like mass-produced tourist plans, archaeological surveys, and digitizations. The most iconic and important images of the city appear alongside relatively obscure, unassuming items that have just as much to teach us about Rome’s past. Through 140 full-color images and thoughtful overviews of each era, Maier provides an accessible, comprehensive look at Rome’s many overlapping layers of history in this landmark volume. The first English-language book to tell Rome’s rich story through its maps, The Eternal City beautifully captures the past, present, and future of one of the most famous and enduring places on the planet.

I haven’t read many books on cartography, so The Eternal City was one that immediately got my interest. It turned out to be as fascinating of a read as I thought it would be. Interspersed with text and visual examples alike, The Eternal City focused on the history of Rome as told through maps. It was quite the read too, since it offered a visual and written account of how Rome changed over the years. Many of the details proved to be examples of the way the city developed according to the needs and ambition of who was in charge at the time, as well as how that affected the living conditions for the citizens. So there were maps for practical purposes, ones for commemorative/souvenir reasons, and others where artistic license was taken, but there was still an aspect of accuracy to them. All the maps that were pictured in this book were, to say the least, gorgeously rendered, and I could appreciate the detail that went into them. The Eternal City also covered how complicated such a thing was—the growing pains of a city—as power exchanged hands and religion came into play. It also took at a look at the establishment of some of Rome’s most recognizable monuments. Overall, The Eternal City was an excellent read.

Jessica Maier is associate professor of art history at Mount Holyoke College. She is the author of Rome Measured and Imagined: Early Modern Maps of the Eternal City, also published by University of Chicago Press

Disclaimer: this copy of the book was provided by the publisher (University of Chicago Press) via Netgalley for this review, thank you!